Bandra resident Clint Misquitta and Aparna Koparkar Pande from Andheri are Samsung users at two different ends of the spectrum. Clint is your typical informed consumer who did weeks of research and compared prices and features before choosing the Samsung Galaxy Note II.

Aparna’s decision to purchase the Samsung S III was largely based on frustration over her iPhone’s overdependence on iTunes. All she wanted was an alternate phone in the same price category and an Android as her family and friends are mostly Android users too. 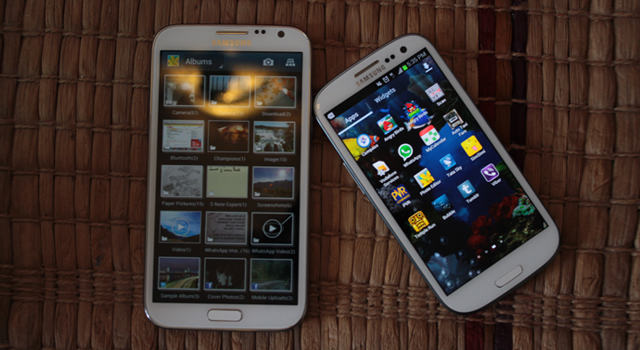 So when the two sat down to talk, Aparna wanted to know how the Galaxy Note II was superior to the Samsung S III. Although suitably impressed by the end of our shoot, she wasn’t convinced that the Galaxy Note II, despite some great features, was something for her. It all came down to both Clint and Aparna realizing that personal needs trump cool features when it comes to buying a phone. Watch the video to see how the conversation unfolds.

Below, Clint, who is co-owner of an HR consultancy firm, shares his experience with the Galaxy Note II for new users who don’t know what to expect:

In my conversation with Aparna, who wanted to know more about the Galaxy Note II, we covered a lot of features of the phablet, such as the size, a user-friendly interface, convenience and technological specifications.

But first, Samsung S III users should note – you don’t need to switch to another phone to use the Android Jelly Bean 4.1 software interface available on newer devices like the Galaxy Note II. Just upgrade to the new software on the S3 itself.

Now, what I love most about the Note II is that it has a stunning graphical interface with motion sensitivity – turn your phone when you receive a call and it will move into silent mode; shake your phone so it automatically updates software and much more. Be prepared to be surprised as you discover most of these super phone features that touch upon small aspects of your life and make it easier. They say ‘small things make a man’ – likewise for phones! The maps have a larger view and graphical interface. Paper Artist has become my new hobby on-the-go – I express my creativity through this tool, draw, paint and edit photos. 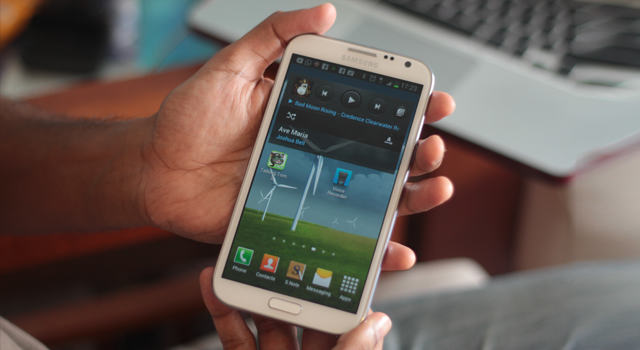 The battery life on the Note II has received a boost with a 13-14 hour talk time, which honestly, I feel, is more like 10 hours but impressive nonetheless. In the video, I also mention speed as a key feature. It’s important to note though, that for ‘instant coffee Gen Y’ users for whom speed is a need, it’s not just your phone but also your choice of data plan that will matter. Even having Jelly Bean is not going to help when you attempt to access maps on a 2G, interrupted and weak network – so get hold of a plan that will suit your needs. I have played around with a couple of options and settled for a 2GB plan on a 3G connection – it works fine for me.

A word of caution: buy a phone case and screen guard – these will go a long way in protecting your device.

Finally, take advantage of the two-way camera and feed your vanity. Say cheese and smile – after all you’ve got a wonderful piece of technology designed to make your life simple and effective – provided you use it that way.

As much as I love my Galaxy Note II, while discussing the key differences between the S III and Note II with Aparna, it was pretty clear what we both finally agreed on – “Buy a phone based on your need, not just for the sake of buying a phone!” 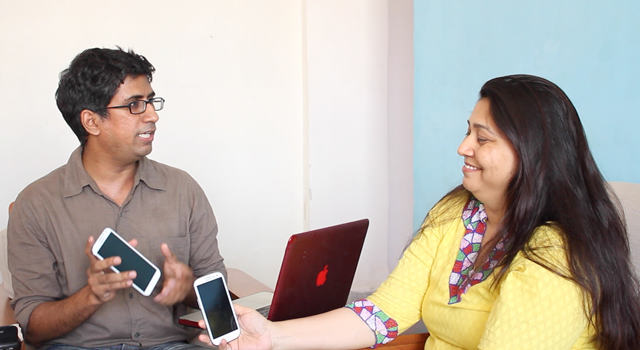