Why would I pick out the BodyShop Satsuma Shimmer from a stack of pot lippys and rollup chapsticks? Could it be the reference to Japanese mandarins or suggestions of shimmer that talk to the winter mind?

Whoever called me a BodyShop girl once, I admit I keep going for the brand even when it has little going for me, (with their winter care lineup, especially). So there – again – with the Satsuma Shimmer Born Lippy Lip Balm go I.

With context out of the way, let me zip past the intro & get straight to the point:

“That smell! It follows me everywhere, plastic-coating all that enters my mouth, stamping it with its monopolising flavour, wafting up my nostrils in a monotone and squatting there! Who can tell when it’s leaving. It literally leaves me flavour-impaired for longer than I’d like.

Much too much drama? You could to confirm that firsthand if this sounds encouraging. But do indulge me as I give you my review of the The Bodyshop Satsuma Shimmer Born Lippy Lip Balm.

As a lip balm, it does its job alright, although some would find the texture a little dense and sticky. Mix that with the aforementioned smell that is NOT TANGY – as reviewers elsewhere are saying – and you have a lip balm you don’t know what to do with. 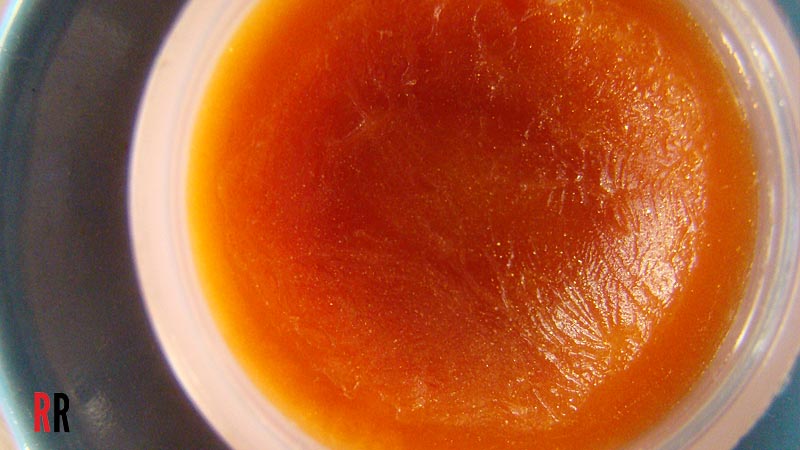 But it does have a nice muted gloss. So, I tried other uses for it.

The real reservation I have with its smell is that my mind doesn’t slot it as pleasantly welcoming, fragrant or edible. And there it is, sitting on my lips, messing with my sense of taste and smell. And not momentarily. It’s pretty enduring!

To give you an idea…

My first taste of waking reality today came from my bedside water bottle that’s been wearing the Satsuma Shimmer for the last 5 days. And why? Because I gave into smearing it on just the other day. It’s sticky like that (read, won’t spend another Rs.230 on a lip balm any time soon). But some mornings – it’s true – I wake up, invariably reach for the bottle and kick myself.