The Drishti 2015 team has been very socially active in the run-up to their inter-collegiate management festival. They’ve collaborated with the NGO JOSH Foundation to organize a series of activities, including a flash mob and a drawing competition for the hearing impaired. Here they look back at their favourite moments from the past week.

With these words on our lips and the patriotic spirit in our hearts, Team Drishti ‘15 celebrated the 66th Republic Day with children from the JOSH Foundation. This celebration included the recitation of the National Anthem which was followed by the flag hoisting ceremony in the N.M. College Campus. 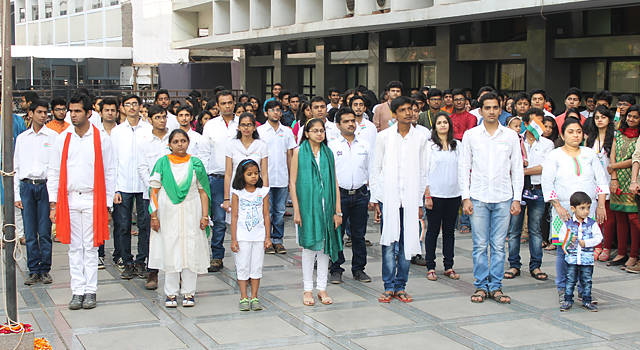 Adding a cherry on top was the presence of Ascharya Shetty, the ‘Yum Hai Hum’ actress who then interacted with the children. This unique celebration was indeed an experience for Team Drishti as we learnt a lot from those children, who are not in any different from us, just unique and diverse in their own way!

Those smiles on their faces, those glimmering eyes, that learning to not give up, that living life the way it comes, inculcates in us the feeling and desire to be better and not lament over trivial problems of life!

“All I wanna say is that they don’t really care about us!”

Finally, the day had arrived. Dancing on the beats of this Michael Jackson song were the Drishti members all ready and pumped to present the FLASH MOB! After hours of hard work and time put in by the Drishti team, the flash mob was a phenomenal success. It was conducted at Infinity 2 (Malad).

The main intent was to instill a feeling of togetherness and spread awareness about the fact that hearing impaired children are not different, just unique! Everything in the flash mob, right from co-ordinated dance steps to the narration and to the support received from the audience was flawless.

Team Drishti ’15 organised a ‘Drawing Competition’ on the 31st of January for hearing-impaired students of schools under the JOSH Foundation, to provide an outlet for their creativity. The students were divided into different age groups: 5 to 10, 10 to 15 and 15 to 20. 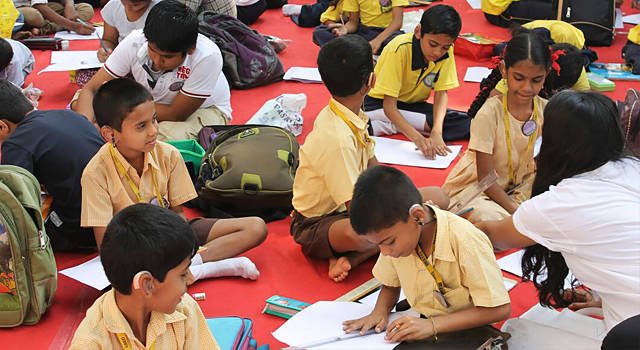 With beaming faces, the children took their paintbrushes in hand and began creating magic on paper. While they drew, it was a pleasure to watch them use colour as if unfolding the manifold colours of life itself, one after the other. Some drew sceneries, others tended towards abstract art. Towards the end, every child was given a certificate of participation, carrying which they went home with broad smiles. The students were full of talent and potential and created wonders. With support and help they can make this world a commendable masterpiece!