JK Shin, President and Head of Samsung Mobile, announced the new Galaxy Note 2 at the IFA trade show in Berlin last night. The new model of Samsung’s phone-tablet hybrid – or ‘phablet’ if you’re in with cool tech lingo – sports a larger but narrower 5.5-inch screen as compared to the first version which was released at IFA 2011.

Tech specs are impressive for sure

Other noteworthy features include 720p resolution, a 3,100 mAh battery, an 8-megapixel rear camera (in addition to the 1.9-megapixel front camera), 16/32/64GB storage option and Samsung’s S Pen stylus. Read more about the tech specs here or you can check out SlashGear TV’s hands-on video.

The Note II’s Screen Recorder function, which allows a user to record screen activity (e.g. a demo of how to use an application), could be especially useful. The email and calendar apps can now recognize handwritten input. And all that screen space and glossy plastic finish is definitely going to be a hit for those inclined towards a bit of flash in their gadgets. 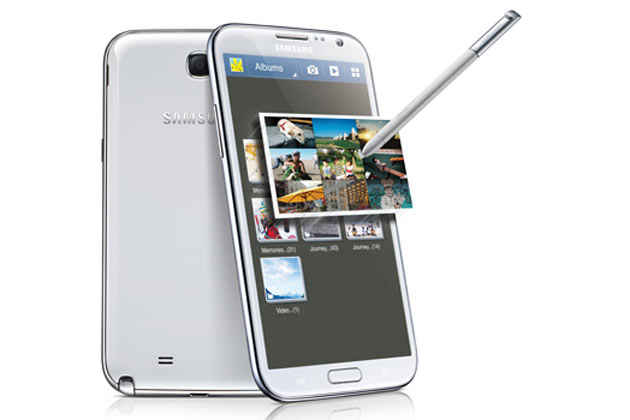 The one aspect reviewers are talking most about is the new and improved S-Pen. The Samsung stylus was a contentious topic in reviews of the Galaxy Note, but this new stylus is longer, thicker, and has great new features. Air View, for example, “allows users to hover with the S-Pen over an email, image gallery, or video to preview the content without having to open it.” And an upward swipe of the S-Pen activates Quick Command to speed up the process of sending an email, making a phone call or doing a search.

It’s all looking good, for now

Given the flak that the first generation of the oversized phablet received from tech reviewers, the initial chatter over the Galaxy Note 2 since its announcement has been positive. Mat Smith of EndGadget says

“As we burrowed into the Galaxy Note II’s new features, it all felt simpler and more cohesive than the original — less business and more pleasure. Big phone fans will just have to wait until we can put the new Note through a full test later this year, but so far so good.”

The tide of goodwill could possibly turn in the coming days. Comparisons have already begun with the HTC One X, the LG Intuition and the Samsung Galaxy S3.

For now, Samsung finally has reason to celebrate after much bad news for the South Korean company in the recent past. A US federal jury last week found Samsung guilty of copying critical features of the iPhone and slapped it with a $1.05 billion penalty. Apple is now seeking a ban of eight Samsung phones.

The Galaxy Note 2, which will be powered by the Android 4.1 Jelly Bean, is slated to arrive in Europe, Asia, and the Middle East in October (and in the United States by 2012-end), but there’s no word yet on pricing. Our guess is if Samsung is able to offer an attractive price for the Note 2, the iPad Mini and the iPhone 5 may have a significant rival on their hands.