GMA Network reports that the BlackBerry Z10 will be getting a much-needed boost from the popular photo-sharing application Instagram. Crackberry’s Kevin Michaluk informs: “While no formal announcement was made this week about Instagram coming to BlackBerry, we did get word that BlackBerry is engaged in the process with Instagram right now and that Instagram will definitely be coming to BlackBerry 10. No date yet, but it will be there. Let’s hope sooner than later of course,”

The new BlackBerry 10 also enables video chats and voice chats with people using the older versions. However, it’s unclear if the service providers will allow this facility on a cellular connection, reports Endgadget.

These little additions are not just added perks; they could make or break the future of BlackBerry devices. It’s already pretty clear that BlackBerry is a tad late in the game, especially when operating systems such as Android and iOS have millions of loyalists who are very comfortable with their respective ecosystems, embedded with hundreds and thousands of applications. At the same time, if you are a BlackBerry user and wish to remain one, the new Blackberry devices are certainly a big step up from older versions of the BlackBerry OS. 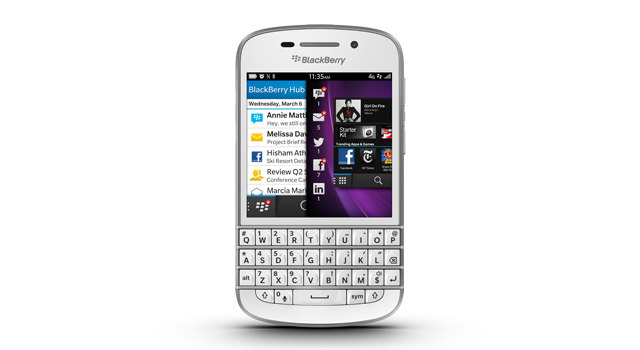 Is India still rooting for BlackBerry?

Though BlackBerry, in the beginning, managed to capture a large market share in the Asian markets of India and Indonesia by distributing its low-cost models, the brand has long been abandoned by status-conscious users, especially in Indonesia. This puts BlackBerry in a sticky position with regard to its new Z10 model which is expected to be sold for a pricey $750 (roughly Rs. 40,000) in India. Can BlackBerry regain its appeal among the technologically mobile? Only time will tell.

According to technology research group IDC in Singapore, the new models are not aligned with the market needs of consumers in countries like India. This is because BlackBerry followers have primarily been drawn to it due to the low-cost factor and the accompanying low-cost plans that allowed them to communicate for free on BlackBerry Messenger Service (BBM). However, free messaging services like Whatsapp, which is compatible with different operating systems and cheap Android phones, has made BBM increasingly out of date.

Coupled with the service glitches that have plagued BlackBerry in the past, BlackBerry’s tattered reputation is sure to inhibit the success of the Z10 and a keyboard model, the Q10, among high-end users.

Analysts say that to salvage the situation, BlackBerry, along with Z10, should announce cheaper handsets in India and Indonesia. And quick.

The Z10 is likely to launch in the second half of February in India and in late March in Indonesia.