The purpose of Ad Review is to ask – are we aware of how advertisements influence us and how often are we able to see through them and think for ourselves?

We asked Sabyasachi Ganguly, a former journalist who now works in a financial company, to pick an advertisement from his Sunday newspaper reading. 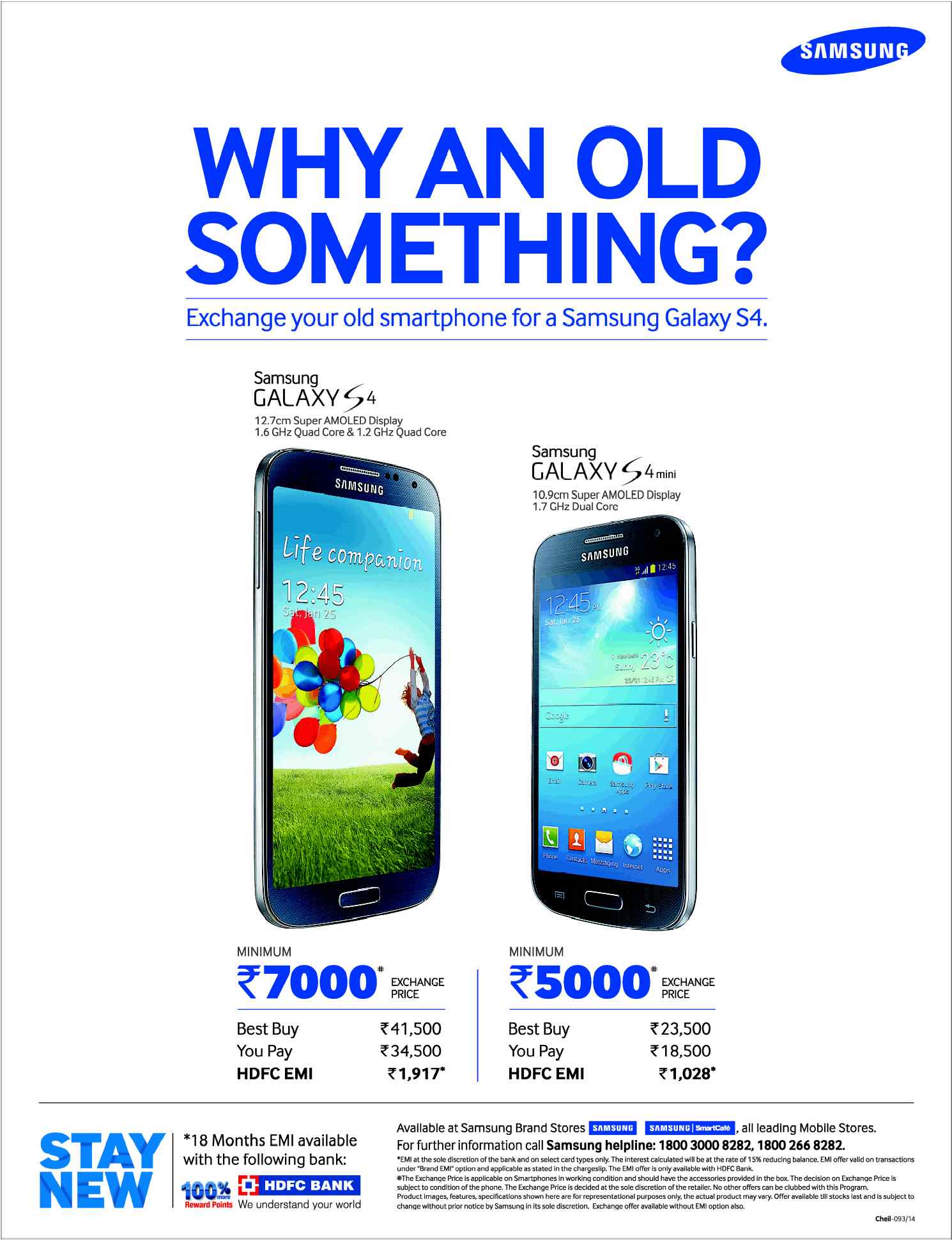 Here’s what he picked. Sabyasachi’s first response to the question is direct enough. “Why an old something? Because it’s serving me very well!”he says, adding, “And why should I exchange it for something I don’t know?” Fair enough!

Next comes the deals highlighted in the ad – exchange your old smart phone for the Samsung Galaxy S4 and get Rs. 7000 off, bringing down its price from Rs. 41,500 to Rs 34,500. There’s a similar Rs. 5000 off on the Samsung Galaxy S4 Mini worth Rs. 23,500. Such exchange offers are common but our reviewer raises a valid point – is it fair to offer the same exchange price to consumers who will want to exchange a wide variety of smart phones of different price ranges and capabilities?

Here’s our take. To check if the deal was really what it seems, we called up the Samsung Customer Care Helpline as mentioned in the ad. Sure enough, we were offered the same amount of Rs. 7000 off on the Samsung Galaxy S4 for either the BlackBerry Curve 8520 (worth Rs. 7000) or the much newer Nokia Lumia 720 (around Rs. 18,000) or even the iPhone 5S (Rs. 54,000). Of course, your old smart phone should be in working condition and not have any physical defects, which will be judged by the retailer you go to before you can avail the offer.

Now if you’re giving away your old BlackBerry, this is a real sweet deal but the more expensive and current your phone, the less attractive this exchange offer will sound. We would most recommend such an offer if you’re looking to get rid of smart phones from Indian brands which have a very low resale value already (and that is if you can convince a shopkeeper to buy them off you at all)! Also remember, the second-hand smart phone market is pretty ruthless these days – it’s not uncommon to get less than 50% of the market price on a smart phone that may have launched only 3 months ago! So our advice? Do some research, ask a few shopkeepers and get a few quotes on before you blindly jump at such offers. You may stand to gain a few thousand rupees if you put in the effort.

For more advice on getting the best price for your old phone, read this article.