For marine engineer Kos Jambekar who spends months at sea, away from family and friends, a smart phone is not just about communication. It’s also his primary source of entertainment. As he tells us in the video, Kos uses his Sony Xperia S for “gaming, reading, music and photography”. So how does it fare?

In his review, Kos explains the reasons why he opted for the Sony Xperia S over the popular favourites in the same price category i.e. Samsung Galaxy S2 and the iPhone 4S. For one, it was the newest phone in the market at the time. But perhaps one of the biggest draws, he says, was the higher pixel density which makes for a rich visual experience (see the video for a demo) – great for gaming and watching movies.

To be fair, Kos has been a loyal Sony user. His first phone was the Sony Ericsson w700i – a Walkman phone, followed by the Sony K810i which Kos says has an ‘excellent’ camera.

When it comes to the Sony Xperia S, Kos loves the fluid navigation that it provides. The 32GB internal memory, which although not expandable, he says is pretty sufficient even if you have 20+ games installed, 100 hours of music and 25 hours of video, and still work smoothly without any hiccups.

Unfortunately, the battery does not fare as well. The battery is non-removable which necessitates carrying around a charger or an external battery pack – not always convenient when you’re on the go most of the time.

Based on our interaction with Kos, it was clear that he’s a tough guy to please. And if the Sony Xperia S has fared well in his books, it’s definitely a smart phone worth considering. At the same time, despite all the good things he had to say about this phone, Kos pointed out one major flaw – Sony’s disappointing customer service, especially for a flagship phone. 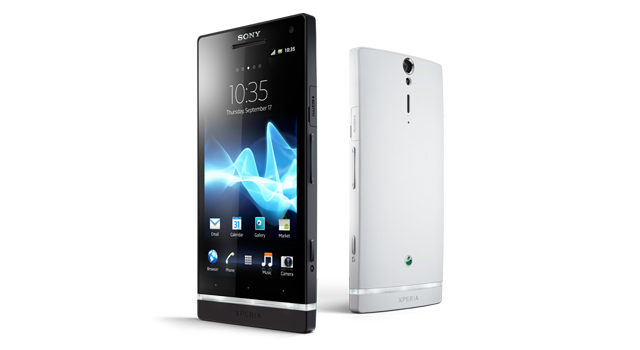 Being the straight shooter that he is, we thought it would be fun to ask Kos about his take on the Samsung-iPhone stand-off and whether he feels owning a smart phone that doesn’t figure in any major controversies makes him feel left out. Watch the video to see his response. Cute.

Looking for a Sony phone in a lower price range? Check out Digambar’s review of the Sony Xperia tipo.