We’ve known Alam for a few months now; he’s a trusty hand when it comes to getting small pieces of furniture and fittings done around our office-cum-home here in Mahim.

During a team meeting, in which we were discussing how incredibly deep we’ve all sunk into a consumerist world, our attention turned to Alam who was working away at a desk we wanted made. On a whim, we decided to ask him some questions that most consumer surveys would begin by asking its participants, hoping we could offer him a product to review.

The problem was Alam doesn’t fit the typical definition of the average consumer. He is not too caught up with what to grab, where to buy, wondering whether his current income will secure his future, whether inflation will dent his purchasing power, and so on. He does think about these things sometimes, but his daily routine helps keep him out of the rut.

In our conversation, we kept struggling to find something to relate with him on – some aspiration he clung to, some grievance we could resolve with a recommended product, anything that made him identifiable as a consumer with specific needs. 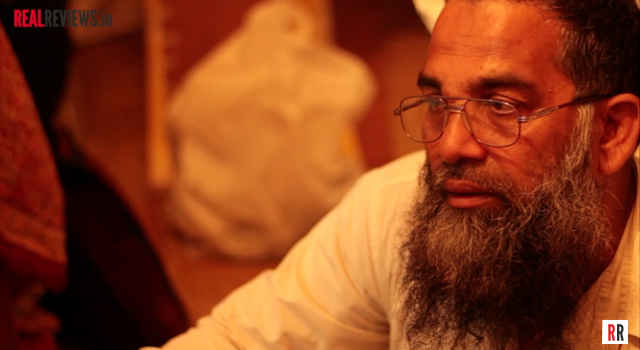 But as he says in the video, Alam doesn’t go shopping for this and that around the house, leaving the everyday purchases to his wife. He has no interest in clothes, mobile phones or grooming products. And the last film he watched at a movie theatre was Sarfarosh (in 1999!), and that too he had to walk out of because work came calling.

Instead, we found a man who takes joy in his work, meeting up with friends over a cold drink and, most of all, cooking for his family. Fish and mutton are his favourite fare, for which he doesn’t mind going all the way from his home in Mahim to Bhaucha Dhakka to pick up fresh ingredients.

Alam’s concerns are immediate – the rising cost of materials and labor or paying the premium on his family’s insurance (he cancelled his a few years ago) – and his future is unaccounted for. At the same time, it was actually refreshing to meet someone to whom brands and labels are alien things. But where does he fit in within the purview of what Real Reviews is offering? We have yet to figure it out ourselves.