It has been a few hours since Samsung’s highly anticipated Galaxy S5 hit Indian shelves. After the dramatic improvements we saw in the S series with the arrival of the S4, it’s safe to say that the S5 had a lot to live up to. So did it? Let’s take a look at what the S5 brings – or doesn’t bring – to the table by comparing it with its predecessor.

Tech companies need to understand that a phone series can only grow so big before it ends up being a bother. For starters, the basic design of the phone failed to impress. The S5, with its squarish shape, has lost the pebble-like structure of the phones that came before it. It somehow reminds me of the Note phones. The S5 is also heavier than the S4 by 5gm, and the dimensions see an increase of 0.1cm. Unlike its rival, the HTC One, it hasn’t lost the plastic structure. Samsung has finally replaced the smooth, glossy rear with more functional – weird nonetheless – perforated plastic for a better grip.

Display: It’s Actually a Step Down

The S4 took screen technology to a whole new level when it came out with a 1080p Super AMOLED, 5-inch display, upping pixel density from 306ppi (from the S3) to 441ppi. That made for excellent image quality and razor sharp text. However, things haven’t moved much forward with the S5; it uses the same Super AMOLED core as the S4, with a few tweaks in screen calibration (which enhances the colours and contrast level). In fact, the pixel density has come down from 441ppi to 430ppi. Of course, this may go unnoticed, but it’s still a little disappointing – this is supposed to be an upgrade, no?

However, let’s not get excited just yet – what I’m so bummed about is that the Galaxy S5 model which has been launched in India is not powered by the Qualcomm Snapdragon 801 – thus will not be a 4G enabled phone. Similar to the Exynos 5 processors (which we can find on the Note 3 and Note Pro 12.2inch tablet), the ‘Indian version’ will be powered by an octo-core processor combo: quad 1.3 GHz and quad 1.9 GHz. 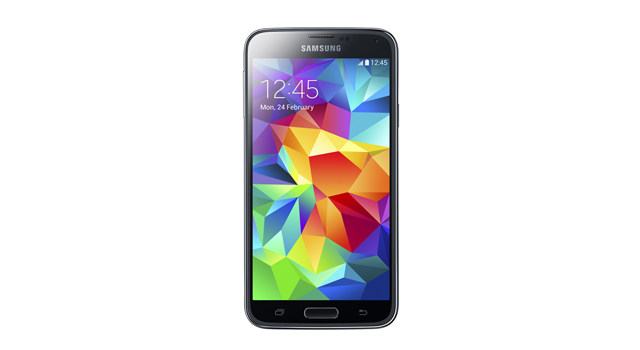 S5’s camera is a major step up from the S4, going from 13 to 16-megapixel, giving us considerably better image quality. As reported by Gizmodo, Samsung claims that the S5 has the fastest autofocus in the world, with the camera taking just 0.3 seconds to focus.

Rid of all the gimmicky features from the S4, the S5 offers very practical and useful range of options. The most interesting is the ‘Selective Focus’, wherein users can select the focus of an image after it is shot. It also has the ‘HDR Live’ mode, when on, lets you preview how the high-dynamic-range will change before you shoot.

Samsung, making full use of Android’s KitKat, has tweaked TouchWiz to make the notifications bar transparent. The UI has a new design, newer font designs, white indication icons, simplified application shortcuts, as well as other menu elements. A massive improvement over the older TouchWiz, but those who are sighing with envy, fret not. The S4 and a lot of other models are also compatible with KitKat.

The Rest of the Jazz

Lastly, there’s the dust resistance, water-proofing and the heart rate monitor – basically all that the S5 defines itself with – which I find extremely cliché. Ask yourself – how many times are you going to visit the Sahara? Or, do you really keep dropping your phone in the commode ten times a day? Will you reall use the heart rate monitor more than once in your lifetime? The S5 also has a  a fingerprint scanner – which rival Apple already introduced last year.

The S5 has very little to its credibility – and is not worth the hype it has received. The so-called ‘improvements’ we see are feeble and unoriginal, to say the least. The camera was a great improvement, however everything else failed to reach the standards the S4 set. If you are eager to buy a high-end smartphone, I’d say invest in something with a little more substance and not, as the president of HTC America so gently put it, a product built out of cheap plastic.

The Samsung Galaxy S5 comes in four different colours: Electric Blue, Copper Gold, Shimmer White and Charcoal black. It will be available to Indian consumers after April 11. You can pre-order your smartphone via the Samsung India web-store soon.