In a very delayed attempt to play catch up with the competition in the smart phone segment, Sony has introduced two new Android Jelly smart phones – the Sony Xperia Z  and the Xperia ZL, at this year’s Consumer Electronics Show (CES) at Las Vegas in the United States.

Endgadget reports that the Xperia Z phone is waterproof and can endure up to 30 minutes of immersion at a one meter depth. In dimensions, it matches the iPhone 5 with a height of 4.87-inches and a 7.9mm thickness.

The water-resistant feature, though a desirable one, has necessitated a few design considerations such as protective flaps on all the ports and the exclusion of a physical camera button. 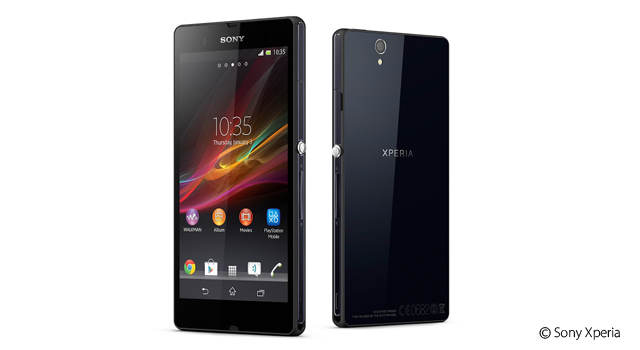 The Xperia ZL, on the other hand, is not water-resistant, is smaller than the Z and minus the sharp angles, and has normal controls that are not seen in the Xperia Z. Except for this one feature, both the phones are built with 1080p screens supported by Sony’s new Bravia Mobile 2 technology, quad-core 1.5GHz Snapdragon S4 Pro and new 13-megapixel Exmor RS camera sensors, capable of recording HDR video.

What’s more, Pocket Lint says that the Xperia Z comes with a Battery Stamina Mode which automatically saves energy by closing all battery-consuming apps whenever the screen is off and starts them up again once the screen is lit.

According to Endgadget, Sony’s flagship Android phones are scheduled to hit the market before the end of March 2013. My Smart Price reports that the Xperia Z is expected to cost around Rs. 35,000 and the ZL around Rs. 30,000 in India.

In addition to the phones, Sony has also announced the launch of the 55-inch and 65-inch Bravia 4K/ Ultra High Definition televisions. The new additions will be part of Sony’s XBR-X900 series which currently only has a $25,000 84-inch 4K TV in its kitty, as reported by CNET.com 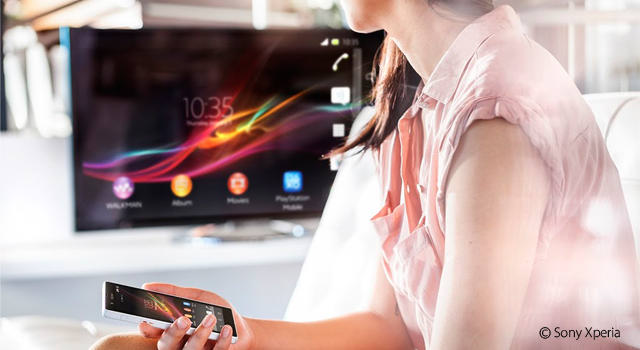 Connie Guglielmo of Forbes reports that Sony realizes that an 84-inch TV isn’t for everyone. This spring will see the introduction of a 55-inch and 65-inch Bravia 4K TVs at new price points. They include magnetic fluid speakers to provide high-quality sound.  Guglielmo quotes Kazuo Hirai, president and CEO of Sony, saying, “We are bringing the 4K viewing experience to an even wider audience… The TV will work with 2K content.”

Sony has also announced the world’s first consumer 4K video distribution service with a complete 4K Media Player, which will go live this summer in the US.  Thanks to this service, Sony 4K TV owners will be able to enjoy original 4K movies created by Sony and others and delivered to their homes.

For now, check out the hands-on video by T3 to get a good look at the Sony Xperia Z.