Amit Mehta, a Mumbai-based businessman, was leaning towards the LG Nexus 5, the best smartphone within his budget range of Rs. 20,000-Rs. 25,000. But mid-way through research, the Moto X reviews led him to consider Motorola’s latest high-end offering. Even though it encased a Dual Core processor and not a Quad Core like the Nexus 5, its features, and the fact that it cost Rs. 5,000 less, made Amit bite the bait, although with some apprehension about whether he was making the right choice. That’s because, in India, the Moto X is only available on Flipkart and there was no way to take a hands-on look at a retail store. Is he happy he made the choice? This video will tell you.
How was the Flipkart buying experience?
Amit was pleased that Flipkart.com offered some – not all – of the many customization options that this phone is famous for – buttons, bezel, outer case and so on. And his Moto X arrived well within the promised delivery time of 2 days.
Touch and Feel?
While trying it out, Amit had found the Nexus 5’s 5-inch touchscreen and rectangular design not snug enough to hold in his hand. In comparison, the Moto X’s 4.7-inch screen and the curved rubber back set the phone comfortably in his hand, features gratefully acknowledged by Amit. The user experience is standard Android, and Amit had more comments on the hardware.
Winning Feature 1 # – ‘Always Listening’
Amit won’t be alone when he says in the video that the touchless ‘Always Listening’ feature of the Moto X can “make or break the decision to buy this phone.” No other company gives you the ease of issuing a voice command to a sleeping phone, to wake it without touching it. It also helps you set reminders, alarms, make a call, a date just by telling Google Now what to do.  And the female voice in the phone has a distinct Indian accent! 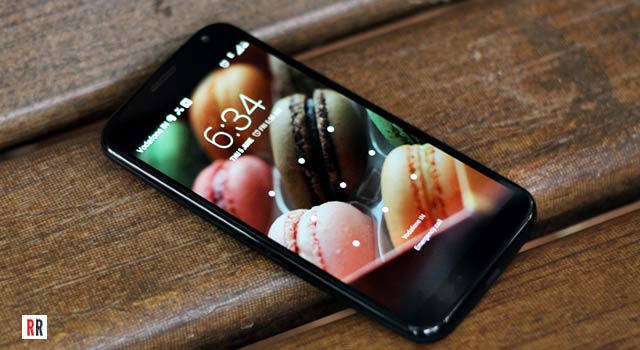 Winning Feature 2 # – The Camera
Talking winsome features, Amit demonstrates how the Moto X camera turns on just with a shake of the hand. Another convenient feature is the Focus Ring that auto-meters light wherever you drag the focus on the screen, as Amit demonstrates in the video. Of course, not forgetting the high-definition slow motion feature that might want you to buy the phone just for that.
What Amit particularly loves about the camera is the fact that Motorola has not unnecessarily cramped the functions dial of the camera with too many features. To shoot a continuous burst of photos, you just need to hold the screen for as many shots as you want and you’re good to go.

Amit explains how Motorola has embedded the phone with two servers, a small one with lower processing power for when the phone is on, and the other more powerful one to power full-fledged functioning of the phone. So when he gets a notification, he doesn’t have to switch the screen on to see it. The AMOLED screen lights up just enough pixels that deliver the message to him. In terms of battery life, that means that Amit needs to charge his phone just once a day and still be left with reserve battery at the end of it.
So finally, is he happy he made the choice?
The video will tell you Amit sees no wrong in his latest toy. Although, he was apprehensive about opting for the Moto X over the Nexus 5 initially, his 2-month use of the phone has convinced him that he’s losing out on nothing in terms of speed, user experience and battery life. In fact, he’s glad he saved those extra 5,000 bucks!