Seemingly unfazed by the billion-dollar lawsuit debacle with Apple, we are glad Samsung is on a roll. A day after launching the Galaxy Note 2 at the IFA trade show in Berlin, the company officially launched the Galaxy Camera, a point-and-shoot with a difference and one of the most exciting of the myriad devices launched by the South Korean firm this week.

Best of both worlds

This Android Jelly Bean-powered camera combines digital photography with smartphone technology. It’s like Samsung took a digital camera and souped it up with all our favourite smartphone features. And we’re loving it.

The Galaxy Camera has a 16-megapixel sensor and a retractable lens with 21x optical zoom; a 4.8-inch HD LCD screen AND it runs on a 1.4GHz quad-core processor. The 8GB memory can be expanded with a MicroSD /SDHC card. The camera comes in both a 3G and Wi-Fi and a 4G and Wi-Fi version. For complete specifications, click here.

But here’s what there is to love: The Galaxy Camera has voice control, so you can tell the camera to “zoom in” or “shoot”. The camera will also be compatible with various VoiP apps like Skype although it doesn’t let you make voice and video calls, yet. Internet connectivity also means that right after you shoot, you can quickly edit and share your pictures online. And if you accidentally delete a photo, not to worry – the Auto Cloud Backup has already ensured that every photo you shoot is immediately uploaded to AllShare, Samsung’s cloud storage device.

Apart from that, reviewers who’ve been able to get their hands on the Galaxy Camera, vouch for its stunning picture quality and a number of consumer-friendly features, like Smart Pro presets for the ‘perfect photo’ and a Photo Wizard with 35 different filters and tools.

Gushing kept momentarily aside, no, we haven’t forgotten that Nikon recently launched what would technically be the world’s first smart camera – the Coolpix S800C, which also runs Android and has Wi-Fi connectivity. But a lack of 3G/4G connectivity and no SIM card slot already makes the S800C a distant second in the new smart camera lineup.

Digital photography writers and reviewers are excited about this consumer-level smart camera and already heralding it as an incredibly sleek and sexy Grim Reaper of the compact digital camera industry. 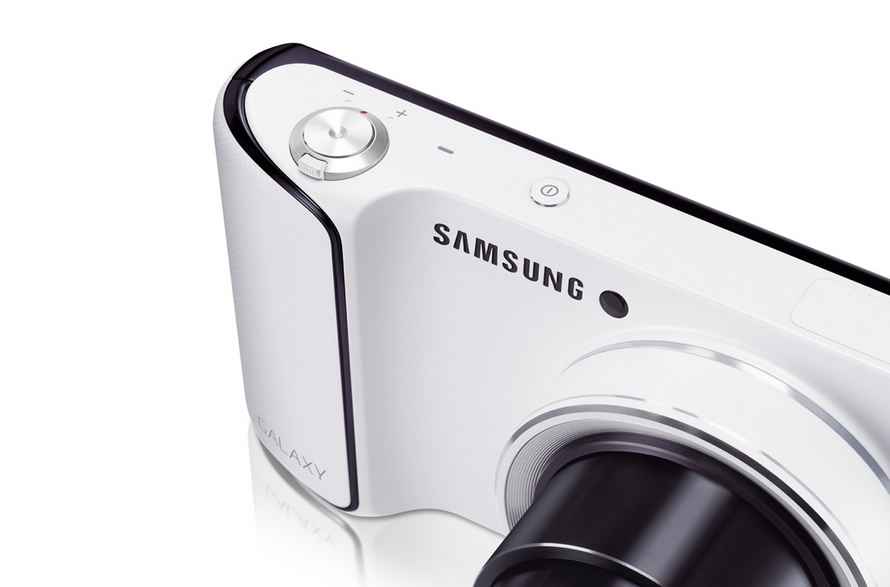 The future of cameras or just a vanity device?

However, there are reservations. For example, once Samsung announces it, the price factor. Will the Galaxy Camera’s cost be justified by its added features and woo people who already have good smartphones with pretty amazing cameras? Meanwhile, DSLR lovers would rather have the Android and connectivity features of the Galaxy Camera on their Canon or Nikon.

But overall, the Galaxy Camera is definitely a pioneer and you can’t take that away from Samsung, a company that clearly doesn’t need to defend its ability to innovate in the face of supposed patent violation allegations.