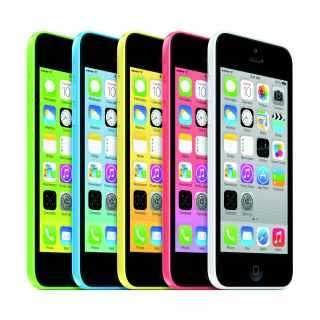 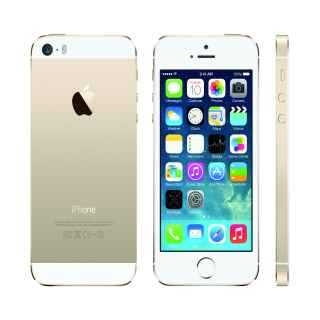 Left: The plastic-backed iPhone 5C, Right: The iPhone 5S that Apple is calling its most forward-thinking phone yet. Images: Apple Press Room.
The iPhone 5, the polycarbonate version of last year’s iPhone 5 is officially out. And yes, as expected, it is available in colours green, white, blue, pink, and yellow, with its back and side made from a single piece. “The iPhone 5C is beautifully, unapologetically plastic,” Senior VP, Design, Jony Ive said at the Cupertino, California launch.
The 5C will run on the newest version of the iOS 7 and it will have a series of $29, colored silicon cases to go with it. “We took the same fanatical care of how the iPhone 5C feels in your hand,” Ive said. “It’s quite remarkable when something feels familiar and yet is new at the same time. That’s the iPhone 5C.”
Most 5C tech specs are similar to that of the iphone 5: 4-inch Retina display, an A6 processor, 8 megapixel rear side camera, internal storage of 16GB or 32GB. Only its battery is slightly larger than the iPhone 5’s. And that’s how the iPhone 5 had to die for the sake of higher sales.
Price: iPhone 5C will cost $100, and $200 for the 32GB version — on contract. India is not on the list of countries that will see the 5C first on Sep 20: US, Australia, Canada, China, France, Germany, Hong Kong, Japan, Puerto Rico, Singapore and the UK where the 5C can be bought through Apple Online Store, Apple’s retail stores, select carriers and select Apple Authorised Resellers.
Price: USD 99 for 16 GB, USD 199 for 32 GB on a two-year contract.
The iPhone 5S
Apple also launched the 5S that Peter Schiller, senior vice-president of worldwide marketing at Apple Inc, called “our most forward-thinking phone yet”. Yet it feels like the 5S has lost a bit of that thunder to the 5C.
The iPhone 5S is powered by an A7 processor – with a helping processor, the M7, that controls accelerometer, gyroscope and compass – and a 64-bit chip for more processor-intensive operations, and it is supposedly the first ever on a smartphone. Its design is more or less a recall of the iPhone 5, with the screen size still at 4 inches. The phone is available in 3 colours — gold, Silver and “a new space gray”. Just for wow, the 5S comes with a fingerprint reader for additional security. All fingerprint information will be encrypted and stored in the A7 chip itself and not on Apple servers or iCloud, Schiller informed.
No leaps in the megapixel department – still sticking to 8 megapixels – but the 5S has a new five-element lens system, F2.2 aperture and an image sensor that is 15% bigger than the iPhone 5.
The 5S will be available in 16GB, 32GB and 64GB variants. No news for India in terms of price or availability.
Price: USD 199 for 16 GB, USD 299 for 32 GB,USD 399 for 64 GB.
Apple also announced that updated version of the iOS 7 will be available for free downloads to consumers after September 18.