Who would have known – LG is the world’s third largest smartphone maker in terms of market share, says an International Data Corporation report released end of July this year. The Nexus 4 and 7 have something to do with that, perhaps.

And in less that eight hours from now, we will see the unveiling of the company’s latest flagship phone the LG G2 that is likely to push LG up the charts for two good reasons.

The G2 will have a 5.2-inch, full HD display (1920x10890p). But that’s hardly the exciting part. The screen will be world’s thinnest, full-HD panel (see pic below) that measures just 2.2mm in thickness, with a bezel that is marginally bigger at 2.3mm. LG unveiled this futuristic LCD panel design this July that was designed to cut overall bulk and better what it called the ‘grip-ability’ of handsets of the future. The technology is expected to affect smartphone design across industry.

The G2 is so thin, in fact, says an article in androidcommunity.com that the side buttons have been shifted to the rear, which is surely something smartphone users will have to get used to. 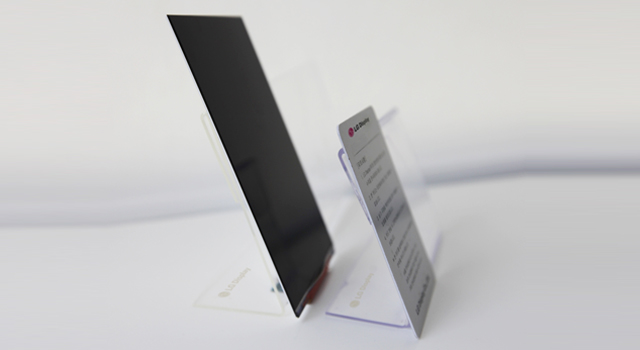 The G2 also supports the ‘always-listening’ Moto X technology embodied in Google’s Moto X smartphone launched recently. This technology, writes the New York Times, could well be the differentiator between thousands of touchscreen phones available in the market.

The Moto X allows for touch-less handling of the phone, like Apple’s Siri where you can instruct the phone to dial a number, send a text, search the Internet, etc. Only here, unlike the Siri, you don’t have to press a button to activate the feature because the technology is ‘always listening’ even if it is the rustling of car seat covers. Since with Moto X Google is attempting to push the voice control envelope, consumers are expecting newer, awe-inspiring voice feats from the G2.

With the G2, LG has done away with the Optimus tag; G will be the new prefix for the LG phones to come.

LG has already put out images of G2 accessories like the LG G2 QuickWindow that are available in the 7 colours: Black, white, pink, purple, blue, mint, and yellow. 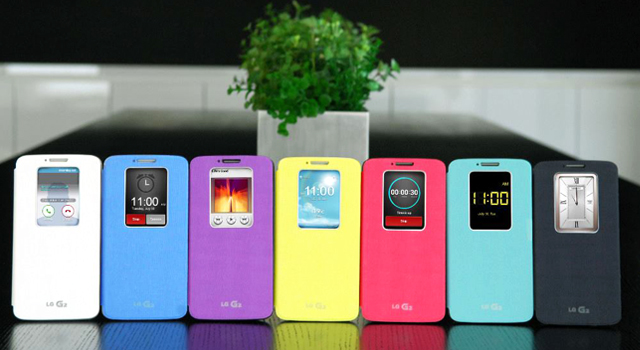 Forbes magazine also reports that LG is likely to offer an updated version of its in-ear headphones, called the Quadbeat 2 with the G2.

Pre-launch pictures have already been leaked in line with the numerous other leaks that precede the G2 launch. See them here.

To watch live unveiling of the G2 in New York, click here.