The latest thing in wearable technology, smartwatches aren’t all that radical. Think of them as functional wireless companions to your smartphones. They are certainly not cheap, but pretty darned interesting! And end September to early October should be when you’ll be able to lay your hands on them. Here are some early entrants, before Apple and Google launch theirs into the fray.

One of the more notable entrants into the field is the Galaxy Gear, launched early this month, that has already launched a smartwatch war. This is no regular watch but a computing device with a 1.63-inch Super AMOLED Touch display and a resolution of 320 x 320 pixels, an 800Mhz processor, a 1.9 megapixel camera, Bluetooth 4.0 and Android 4.3.

Currently, the Galaxy Gear has been designed as a companion to its latest Galaxy range of smartphones and tablets – Samsung Galaxy Note III – but Samsung will reportedly launch a new support for older Galaxy devices. These devices communicate with the Gear via an app called the Samsung Gear Manager.

The Galaxy Gear will have built-in speakers. Once a user issues a voice command into the Gear using S Voice, the smartwatch can make hands-free calls without disrupting whatever it is you are doing. It can also draft messages, create calendar entries, set alarms and check the weather.

The Memographer feature and a 1.9 Megapixel camera will allow users to shoot photos and 720p video and share it to social networking sites. Using Voice Memo, users can record voice notes that are stored as texts on their Samsung GALAXY devices. It’s waterproof, sleek, comes in a variety of coloured straps and packs in plenty of apps. 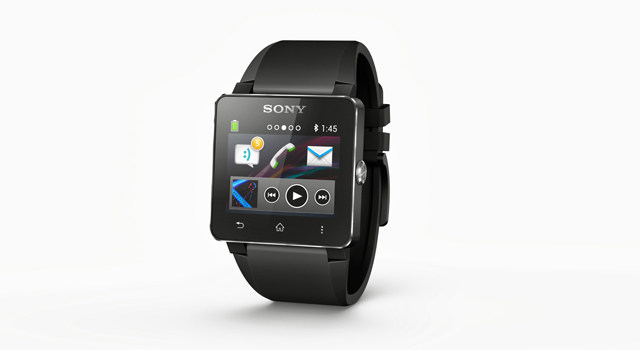 Looking rather square and wonky is the Sony SmartWatch2, which came before the Galaxy Gear in June. Its screen is almost as big as the Gear at 1.6 inches with a 220×176 display. But the good news is that the SmartWatch 2 is compatible with most Android devices. And the bad news is that it has no camera, microphone or speakers, which for a price of USD 262 – only marginally lower than the Gear – makes the SmartWatch2 no match for the Galaxy Gear. You can use the SmartWatch 2 to make calls too but you’ll have to touch the screen for that. It allows connectivity with Android devices via NFC (near-field technology) and Bluetooth 3.0 and can be charged via USB.

Being one of the first movers hasn’t been an advantage for Sony but there’s plenty it can add to the watch before the holiday season comes. The Verge gives a bang-on verdict: “Sony’s SmartWatch 2 continues an unfortunate trend in smartwatches: the materials and design are getting fancier, but the watches aren’t becoming any smarter.” 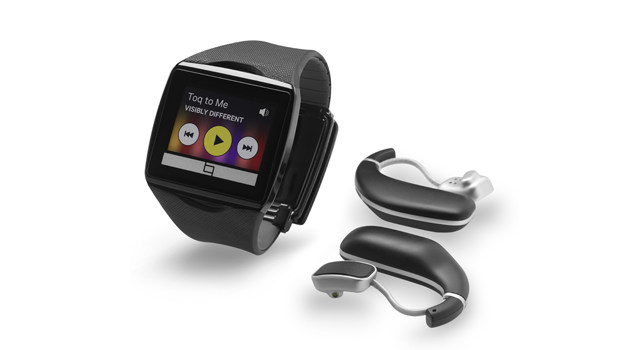 Another smartwatch for all 4.0.3 Androids and above from chipmaker Qualcomm – the Toq (pronounced talk) that displays all phone notifications on the screen, allows user to receive calls and check texts. It has a Mirasol colour display that does not need backlight support – something like the Kindle screen but not exactly – which goes a long way in reducing power consumption. It also comes with Bluetooth headsets using which users can answer calls and listen to music, controlled via the Toq. Wireless charging for a remotely handled device only makes good sense. But then again, looks like the Gear is going to be really hard to beat.

The Qualcomm Toq is expected to go on sale in the middle of October and is priced at USD 300. 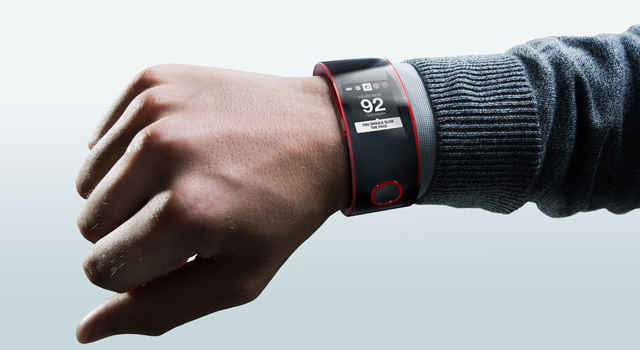 This one has nothing to do with your smartphone, but your car, Nissan cars to be specific. Car-maker Nissan has also embraced the new trend with its recently launched Nismo watch for a better driving experience. The watch will monitor the “the vehicle’s efficiency, provide telematics and performance data, monitor drivers’ biometric data (via a heart monitor rate) and receive in-car messages from Nissan”, reports theNextweb.com.

The watch, still in the concept stage, will connect with the car via Bluetooth, and will also track social media performance and tell you how popular you are on Facebook, Twitter, Pinterest and Instagram, using Nissan’s Social Speed software.