In my first few meetings with Cordon Bleu chef, food stylist and photographer Michael Swamy, he admitted to being a not-so-social food critic and published author. However, within a few months of acquaintance, he seemed to get increasingly active on Facebook, Twitter and Instagram. Today, he calls himself a completely ‘phone-social’ person.

Michael was also, and he says it in the video, till very recently a DSLR guy, going through the tedious routine of shooting RAW photos, transferring them to his desktop at the end of the day, editing and submitting them to social media or online food magazines.

A lot of that has changed, and he credits it all to his bright yellow Nokia Lumia 1020 with a 41-megapixel camera that he may feel a little awkward pulling out in a meeting but that does the job to his satisfaction. 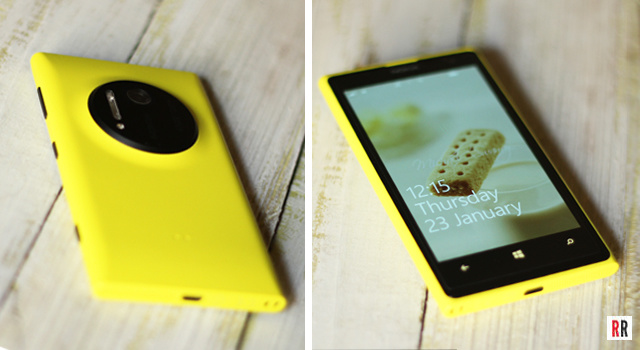 The camera alone wasn’t the only motivation – he already had the Nokia 808 Pureview, also with a 41-megapixel camera. However, the screensize (4.5 inches) was the reason he moved to the 1020.

In the video, Michael reviews the Nokia Lumia 1020’s phone camera which he now uses in place of his DSLR in more casual settings.

Michael shows the range of manual settings the phone offers in the video. Right from white balance, a wide ISO range of 100-4000 to a shutter speed as low as ¼ of a second. This combined with a great depth of field, especially desirable in food shots, makes it ideal for food reviews and travel.

The phone offers capabilities that make him okay with leaving the DSLR behind and relying on the phone camera alone at food reviews. One, the fact that he can go really close to the food, giving him tight shots with great shallow depth of field, so characteristic of food photography.

Secondly, in low light situations, like dim-lit dinners, he can lower the shutter speed all the way to ¼, and using a special plastic body that serves as a tripod mount, click correctly exposed images, avoiding any blurs.

He also finds the colours of images clicked with the Lumia 1020 more vivid, needing minimum touchup before putting them out on social media. He also says in the video that the image resolution of the images is perfect for online publishing.

The two minor negatives Michael says, are that the phone heats up when shooting continuously and slows down when loaded with too many photos even though it has an inbuilt memory of 32 GB.

To see more of Michael Swamy’s work, visit his website.

Buy the Nokia Lumia 1020 on Flipkart.com