When Mumbai-based cinematographer Raj Desai heard about the 41 MP sensor on Nokia’s flagship phone, the 808 PureView, he reckoned it was probably hype. But he did due research, online and hands-on, and finally bought the phone as an alternate for a compact camera. After having used it for a few months, he finds its image quality comparable to his entry-level DSLR, Canon 550 D. He calls this a ‘camera he uses to make calls, rather than a phone that shoots pictures.’ And he desires nothing more from it.

The sole criterion for buying this phone was its sensor size. Raj says that Apple and Samsung try to influence consumers with pixel count. But as a cinematographer he knows that image quality is all about the sensor size, not just the pixels; when it comes to that, the PureView camera has a sensor almost three times bigger than that of the top-end smartphones in the market. And its sensor is bigger than that of most compact cameras.

He gives us an exhaustive review of the imaging and filmmaking capabilities of the PureView camera with sample footage to illustrate his point.

Raj says it’s not always wise to try offbeat angles with a DSLR camera tied to massive rigs. In situations like that, he says, he just pulls out his PureView and composes a frame for the director to decide if the shot is really worth putting a DSLR on the line. He personally feels that since the PureView camera too shoots video at 1080 p at 24 frames per second, the quality of footage is comparable with that of the DSLRs and these offbeat shots can be incorporated in professional films as 5 to 10 second bits without standing out.

The Nokia 808 PureView camera also serves as a pocket compact camera on-the go that helps Raj constantly experiment with light and composition, without having to lug around his 550 D everywhere. 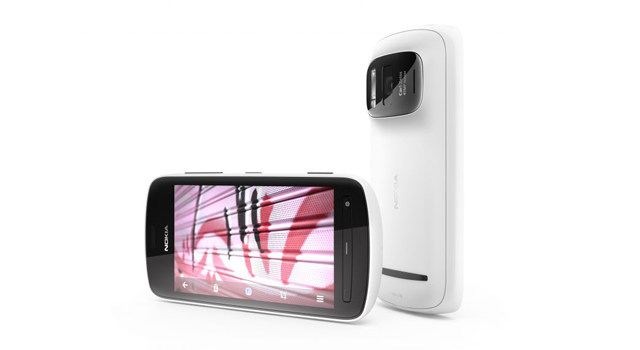 The PureView camera has a Carl Zeiss lens, the company that manufactures glass for pro lenses. The color reproduction, says Raj is comparable to that of the Canon 50 mm prime, and even better than that of the Canon EF lenses, which generally work out to be very expensive.

Added to that, the PureView camera allows a maximum aperture of 2.4f stops, letting in more light, and since there are fewer layers of lenses, the colors are more vivid as well.

PureView has up to 4x lossless zoom; you can smoothly zoom with the swipe of a finger up to a great distance without the image pixelating. Raj takes the DSLR comparison further, and says that unlike a DSLR, PureView lets you autofocus with one touch of the finger. So, in effect you can zoom and autofocus with one finger.

Another strong point of the 808 PureView is its stereo audio recording, which Raj says is of a quality that no phone offers so far. Check out the audio sample attached in the video.

Raj is happy with Symbian, and feels it falls short marginally of the usability of Android only in that Symbian has lesser apps in the market. But in any case, Raj is not a heavy apps or internet user, so he doesn’t care either way.

The one serious downside of the PureView camera is that in low-light shooting conditions, the LED comes on automatically and there is no way to turn it off, and that means there’s no escape from flat pictures

For most the bulky design – the sensor jutting out from the back – of the 808 PureView is a minus. But Raj feels that weight and curve at the back gives him a good hold for hand-held recording.