Nikon’s newest entrant – the D7100 – won’t pose a threat to the Nikon D7000 as it is poised to become part of the company’s DX Format range as its flagship camera.

The Nikon D7100 is equipped with a 24.1 million-pixel APS-C format sensor, which Nikon claims has been newly developed despite sharing a resolution similar to last year’s Nikon D5200. Also included in it is the Expeed 3 processor that’s found in the company’s top-of-the-line DSLRs.

According to Engadget, the Expeed 3 processor supports 6 frames-per-second shooting in any mode – even while capturing 12- or 14-bit RAW images.

It also includes a sensitivity range of ISO 100 to 25,600 (Hi 2), along with improved noise reduction for better results in low light. The camera has a 3.2-inch 1.229M-dot LCD and an OLED display inside the viewfinder for clearer data readout.

As Tech Radar informs, the new camera shares the auto focusing system of those higher in the range, along with a 51 AF point Multi-Cam 3500 DX module on board.

The 15 central AF points are cross-type, with phase detection autofocus capable of working down to -2EV.

What will surely catch the fancy of Nikon users is the removal of the optical low pass filter, which in turn will ensure sharper and detailed images albeit with the risk of interference. 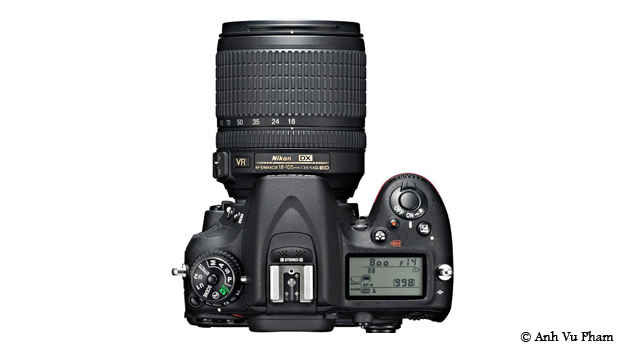 Build-wise, the Nikon D7100 betters its offering in comparison to the Nikon D7000: it has a magnesium alloy top, rear covers and is also weather-resistant. The mode dial textures see an improvement, along with a lock to prevent accidental switching between modes.

The Nikon D7100, like its precursor, has dual SD card slots. This gives the user the option to use one card for JPEGs, and the other for raw format images, or one for stills and one for video, and so on.

Accessories accompanying the camera include: a) WR-1 wireless remote control b) an MB-D15 battery pack both of which are also compatible with the new camera, as well as c) the complete range of Nikkor lenses.